Dear Leader’s approval index numbers continue to slide.
Obama has dropped 6 points in one week.
And, The Radical has dropped a whopping 38 points his first 200 days in office. 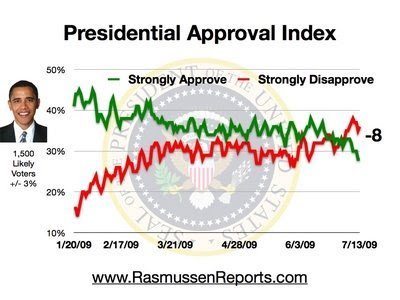 With 9.5% unemployment and his quadrupling of the national deficit in his first year in office what did you expect?