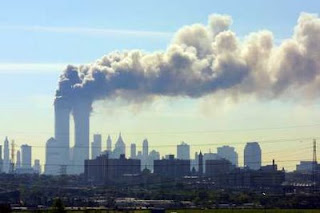 They Just Can’t Let Go.
They just can’t.
Team Obama is still talking about prosecuting Bush officials over the so-called “torture” of three Al-Qaeda terrorists.
The latest article promoting this was written by Daniel Klaidman from hyper-partisan Newsweek.
It’s not clear from the article if Klaidman was one of the lucky reporters who was partying with the president on the 4th of July or not:

It’s the morning after Independence Day, and Eric Holder Jr. is feeling the weight of history. The night before, he’d stood on the roof of the White House alongside the president of the United States, leaning over a railing to watch fireworks burst over the Mall, the monuments to Lincoln and Washington aglow at either end. “I was so struck by the fact that for the first time in history an African-American was presiding over this celebration of what our nation is all about,” he says. Now, sitting at his kitchen table in jeans and a gray polo shirt, as his 11-year-old son, Buddy, dashes in and out of the room, Holder is reflecting on his own role. He doesn’t dwell on the fact that he’s the country’s first black attorney general. He is focused instead on the tension that the best of his predecessors have confronted: how does one faithfully serve both the law and the president?

Alone among cabinet officers, attorneys general are partisan appointees expected to rise above partisanship. All struggle to find a happy medium between loyalty and independence. Few succeed. At one extreme looms Alberto Gonzales, who allowed the Justice Department to be run like Tammany Hall…

Holder, 58, may be on the verge of asserting his independence in a profound way. Four knowledgeable sources tell NEWSWEEK that he is now leaning toward appointing a prosecutor to investigate the Bush administration’s brutal interrogation practices, something the president has been reluctant to do. While no final decision has been made, an announcement could come in a matter of weeks, say these sources, who decline to be identified discussing a sensitive law-enforcement matter.

Three top Al-Qaeda terrorists were waterboarded during the Bush year.
Congress knew about it.
Using enhanced interrogation tecniques (EIT)on 9-11 mastermind Khalid Sheik Mohammed disrupted “dozens” of planned al-Qaida attacks and saved hundreds and thousands of lives. Waterboarding 9-11 mastermind Khalid Sheik Mohammed led to information that prevented a similar attack on Los Angeles. According to a former intelligence agent, waterboarding of terrorist Abu Zubaydah got him to talk in less than 35 seconds.
After all of the political games and accusations, Team Obama better pray the the terrorists don’t strike America during their watch.

Related… Here’s more evidence that the Bush policies kept us safe.
This comes from a recently released report:

“Had [President Bush’s Warrantless Surveillance Program” been in place before the [9/11] attacks, hijackers Khalid Almidhar and Nawaf Alhazmi almost certainly would have been identified and located.”