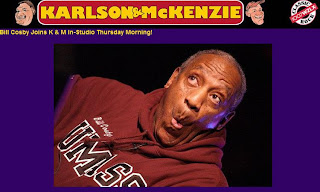 Bill Cosby told a radio host today that he was “shocked” at Obama’s attack on the Boston police.
CSMonitor reported:

On a Boston radio program this morning, Bill Cosby suggested that President Obama spoke too soon on the controversial arrest of Harvard professor Henry Louis Gates.

“I’ve heard about five different reports [on the details of the arrest],” Cosby said on Boston’s WZLX. “If I’m the president of the United States, I don’t care how much pressure people want to put on it about race, I’m keeping my mouth shut.”

“I was shocked to hear the president making this kind of statement,” Cosby said referring to the president’s remarks during last night’s press conference.

There are also suggestions that Dr. Gates deliberately tried to get arrested.