Although Ignored By the Media– Palin's Accomplishments Were Extensive

As governor, Sarah Palin left the state of Alaska in great shape. 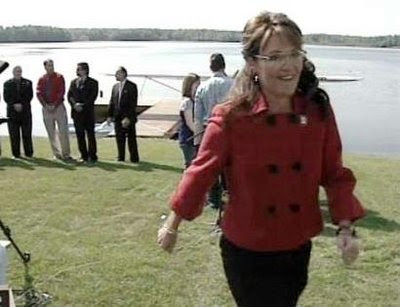 Sarah Palin highlighted her accomplishments as governor today in her resignation speech.
This was something the state-run media ignored since she came on the national scene.

And we are doing well! My administration’s accomplishments speak for themselves. We work tirelessly for Alaskans.

We aggressively and responsibly develop our resources because they were created to be used to better our world… to HELP people… and we protect the environment and Alaskans (the resource owners) foremost with our policies.

Here’s some of the things we’ve done:

We created a petroleum integrity office to oversee safe development. We held the line FOR Alaskans on Point Thomson – and finally for the first time in decades – they’re drilling for oil and gas.

We have AGIA, the gasline project – a massive bi-partisan victory (the vote was 58 to 1!) – also succeeding as intended – protecting Alaskans as our clean natural gas will flow to energize us, and America, through a competitive, pro-private sector project. This is the largest private sector energy project, ever. THIS is energy independence.

And ACES – another bipartisan effort – is working as intended and industry is publicly acknowledging its success. Our new oil and gas “clear and equitable formula” is so Alaskans will no longer be taken advantage of. ACES incentivizes NEW exploration and development and JOBS that were previously not going to happen with a monopolized North Slope oil basin.

We cleaned up previously accepted unethical actions; we ushered in bi-partisan Ethics Reform.

We also slowed the rate of government growth, we worked with the Legislature to save billions of dollars for the future, and I made no lobbyist friends with my hundreds of millions of dollars in budget vetoes… but living beyond our means today is irresponsible for tomorrow.

We took government out of the dairy business and put it back into private-sector hands – where it should be.

We provided unprecedented support for education initiatives, and with the right leadership, finally filled long-vacant public safety positions. We built a sub-Cabinet on Climate Change and took heat from Outside special interests for our biologically-sound wildlife management for abundance.

We broke ground on the new prison.

And we made common sense conservative choices to eliminate personal luxuries like the jet, the chef, the junkets… the entourage.

And the Lt. Governor and I said “no” to our pay raises. So much success in this first term – and with this success I am proud to take credit…

The people of Alaska will miss Governor Sarah Palin.