(The total was updated from official park estimates)
3,500 Tea Party protesters drove for an hour through the rain to rally in Washington, Missouri.
Here are a few photos from the rally today: 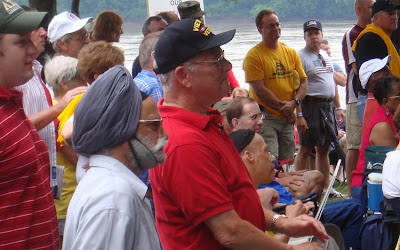 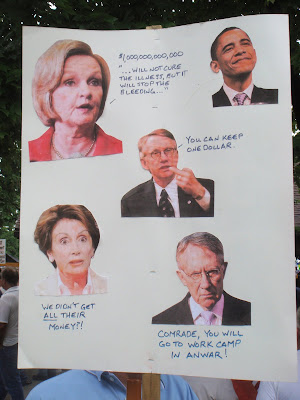 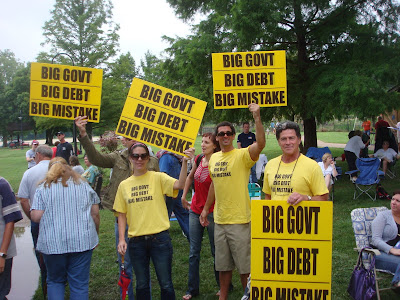 Sharp Elbows has more photos from the rally.

I posted parts of the speech below as I said I would. 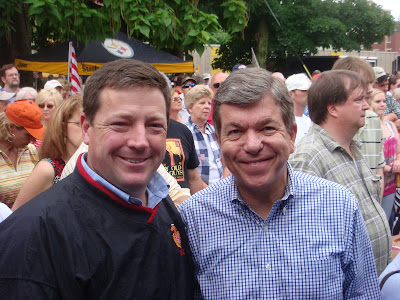 Missouri Congressman Roy Blunt and Ed Martin were at the rally today.
It was good to see Roy there! 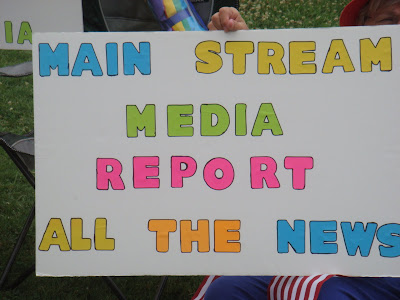 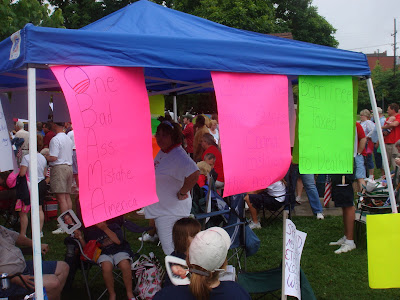 The St. Louis Tea Party Coalition was livestreaming the rally today on UStream.
Here is an agenda from the protest. 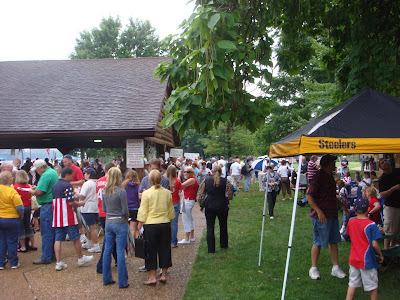 Hundreds turned out today in Boston.

Founding Bloggers has photos from the Chicago Tea Party today. 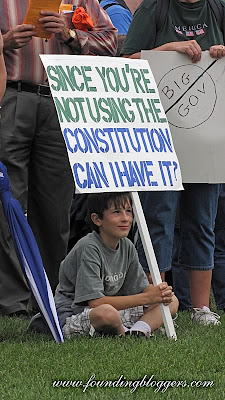 Glenn Reynolds has a roundup on the many Independence Day protests.
Much more here.

15,000 attended the Freedom rally in Tulare.

Oklahoma City had a large and vocal turnout.
Here’s a report on the New York protest.

Today I am going to talk to you about conservative and non-biased media sources.

In 2007 I went to Prague, Czech Republic. I was invited as the only American blogger to blog at an International Democracy and Security Conference.
While I was there—I went to the headquarters of Radio Free Europe-Radio Liberty. Radio Free Europe today has its headquarters in the old Czech Communist Parliament Building. I was told an interesting story. Inside regimes where there is no freedom, freedom like we enjoy here in America, the people still hunger and thirst for the truth.

That is why Radio Liberty is so important. This station sends radio reports to all of the regional countries that do not have democracy or freedom just like they did during the Cold War. But every so often the regime will block the radio channel. So Radio Liberty has to broadcast on a different channel.

At this conference I also had the privilege of meeting over 70 political dissidents who had lived inside undemocratic nations and who had been punished, jailed and tortured, for speaking out against the regime. I also heard President George W. Bush give an amazing speech to these dissidents. It was a wonderful speech. The president promised these dissidents:

“All who live in tyranny and hopelessness can know: the United States will not ignore your oppression, or excuse your oppressors. When you stand for your liberty, we will stand with you.”
.It was an amazing speech. It really was amazing. I was so happy to be there.
Obviously this president was much different than the president we have today in the White House.

Do any of you know what happened last Friday?
The US House of Reps passed the largest single tax hike in US history!
The democrats passed the MASSIVE Cap and Trade bill.

But you may have missed this…. The media instead was reporting on Michael Jacksons’ death.

In fact— 93%……… 93% of their coverage last Friday was on Michael Jackson’s death.
So it is likely that you may have missed this other news.

These are just a few examples of how our media works today.

It’s sad. Our mainstream media is really sad. Sean Hannity even says the media is dead.

But there is hope…. And that is what I want to tell you about today.
You do have options and choices.
You do have access to the truth.

So that is one avenue of truth for you.

If you want the truth….. There is also Talk Radio!
There is Rush Limbaugh, Sean Hannity, Glenn Beck, Laura Ingraham, Mark Levin, Neal Boortz, Tammy Bruce, etc.
There is 97.1 FM and Jamie Allman and the Great Dana Show! There is Mark Reardon.
There is DIANE JONES of KPLW
Most of these radio hosts have there own websites too.

There are also conservative websites and foundations.
There is the Heritage Foundation, Cato Institute, American Issues Project, Heartland Institute, the Weekly Standard, The National Review, Human Events, World Net Daily, Commentary Magazine, The Spectator, Front Page, Lucianne, The Drudge Report, Newsmax, Breitbart.com, FOX Nation, Townhall, PJTV.
I have these conservative websites listed on my blog (in the sidebar) so you can look them up there.

If you want truth there are conservative blogs
Now what is a blog? A blog is by definition a free, type of website, maintained by an individual or a group with regular entries of commentary, descriptions of events, or other material such as graphics or video.
Now there are millions of blogs on the internet. There are different kinds of blogs. There are sports, and cooking, and pets, and baby blogs….. There are small blogs and large blogs with thousands of visitors each day.

Blogs are a tremendous source of information for conservatives. It is on the blogs where you will find discussions on current events, video highlights from the day, You will find on blogs the news the state run media will not tell you.

Another way to get linked in is with Twitter.
Twitter is a free social networking and micro-blogging service that enables its users to send and read each others’ updates, known as tweets.
Much of the information coming from Iran today is being spread on twitter. So far the regime has not been able to shut it down because you can post photos and video from your phone to your twitter account.

So this is a brief introduction to the Conservative netroots or media The speakers today are going to tell you more about how to get active.

Today we have a Congress that just put your children and grandchildren in massive debt.
We have a president and Congress who punish the productive.
We have a House of Representatives that just passed the largest tax in history.
We have a president who is siding with Marxist regimes, who is attacking our allies and wanting to hold talks with killer theocracies.
We can no longer be silent.
BUT …. We must be informed.

I got this message yesterday I want to share with you from a reader on my blog…… The Second Civil War has begun and Governor Palin is our Fort Sumpter. Time to fight back.

UPDATE: Mark Polege has several photos from the day up on his Flickr page.

UPDATE: Reboot Congress has more video from the event.