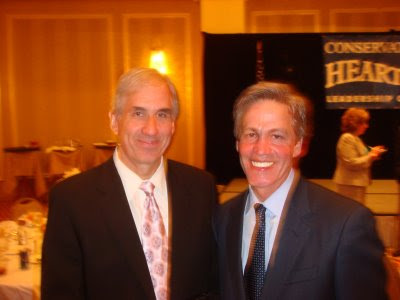 I spoke with Senator Coleman after his speech today. Senator Coleman is contesting the results that tipped the Minnesota senate race to Democrat Al Franken. He said the court could decide next week or a few weeks from now but that he expected a decision soon.