More on the Americorps scandal… 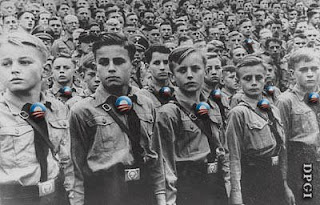 Obama signed legislation in April to vastly increase the troop size of the Americorps from 70,000 to 250,000. In March the Senate voted to allow ACORN funding in this same bill.

Last week, Dear Leader fired the inspector general after he identified millions of dollars in AmeriCorps funds that were wasted or misspent. The man in charge of Americorps is a top Obama supporter and friend. Mayor Kevin Johnson used AmeriCorps grants to pay volunteers to engage in school-board political activities, run personal errands for Johnson and even wash his car.

The firing of Gerald Walpin, who was a government inspector general for AmeriCorps and other programs in the Corporation for National and Community Service, has generated a great deal of interest in recent days.

Critics have argued that Walpin was doing his job as internal auditor when he investigated Kevin Johnson, a former professional basketball player and a prominent Barack Obama supporter who runs a nonprofit education group.

Was that the reason Walpin is out of work? Obama has said nothing to deflect the criticism since his letter last week saying that he no longer had the “fullest confidence” in Walpin.

A short time ago, Sen. Claire McCaskill, a former Missouri state auditor who works closely with IGs in the federal government, issued a statement critical of the termination. Her statement didn’t mention the controversy surrounding the former NBA star but noted that she had authored a law requiring that IGs be given 30 days advance notice of dismissal along with the casue for termination.

“The White House has failed to follow the proper procedure in notifying Congress as to the removal” of Walpin, wrote McCaskill, a Democrat.

“Loss of confidence is not a sufficient reason. I’m hopeful the White House will provide a more substantive rationale, in writing, as quickly as possible,” she concluded.

Figures. It looks like Team Obama has decided on a strategy– To smear Walpin…
The White House said the Inspector General was confused and engaged in inappropriate conduct.

Byron York has more on the firing.

Michelle Malkin has more on the scandal at the NY Post.