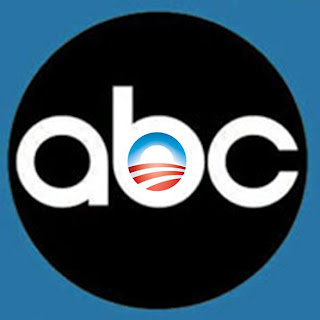 But they won’t allow the GOP to respond to the $1.6 trillion or $4 trillion package.
Drudge reported:

On the night of June 24, the media and government become one, when ABC turns its programming over to President Obama and White House officials to push government run health care — a move that has ignited an ethical firestorm!

Highlights on the agenda:

ABCNEWS anchor Charlie Gibson will deliver WORLD NEWS from the Blue Room of the White House.

The network plans a primetime special — ‘Prescription for America’ — originating from the East Room, exclude opposing voices on the debate.

The Director of Communications at the White House Office of Health Reform is Linda Douglass, who worked as a reporter for ABC News from 1998-2006.

Late Monday night, Republican National Committee Chief of Staff Ken McKay fired off a complaint to the head of ABCNEWS:

As the national debate on health care reform intensifies, I am deeply concerned and disappointed with ABC’s astonishing decision to exclude opposing voices on this critical issue on June 24, 2009. Next Wednesday, ABC News will air a primetime health care reform “town hall” at the White House with President Barack Obama. In addition, according to an ABC News report, GOOD MORNING AMERICA, WORLD NEWS, NIGHTLINE and ABC’s web news “will all feature special programming on the president’s health care agenda.” This does not include the promotion, over the next 9 days, the president’s health care agenda will receive on ABC News programming.

Today, the Republican National Committee requested an opportunity to add our Party’s views to those of the President’s to ensure that all sides of the health care reform debate are presented. Our request was rejected. I believe that the President should have the ability to speak directly to the America people. However, I find it outrageous that ABC would prohibit our Party’s opposing thoughts and ideas from this national debate, which affects millions of ABC viewers.

In the absence of opposition, I am concerned this event will become a glorified infomercial to promote the Democrat agenda. If that is the case, this primetime infomercial should be paid for out of the DNC coffers. President Obama does not hold a monopoly on health care reform ideas or on free airtime. The President has stated time and time again that he wants a bipartisan debate. Therefore, the Republican Party should be included in this primetime event, or the DNC should pay for your airtime.

The last time Obama held a “town hall meeting” in the White House ALL of the participants were campaign supporters.

More… The Director of Communications for the White House Office of Health Reform, since last month, is former ABC News correspondent Linda Douglass.