Nice.
The Media continued their mysogenist attacks against conservative Sarah Palin today.
Notice the photo at Yahoo— The Alaskan ditz… 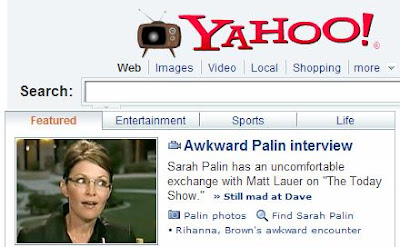 Evidently when a conservative woman stands up for herself and her 14 year-old daughter against rape jokes– it’s “awkward” according to the state run media.

She didn’t seem awkward to me at all.
Now perhaps they were referring to
Matt’s attempt at justification?