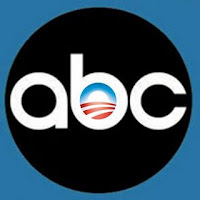 ABC is refusing to air paid ads during its White House health care presentation, the DRUDGE REPORT has learned, including a paid-for alternative viewpoint!

The development comes a day after the network denied a request by the Republican National Committee to feature a representative of the party’s views during the Obama special.

Statement from Rick Scott, chairman of Conservatives for Patients Rights:

“It is unfortunate – and unusual – that ABC is refusing to accept paid advertising that would present an alternative viewpoint for the White House health care event. Health care is an issue that touches every American and all potential pieces of legislation have carried a pricetag in excess of $1 trillion of taxpayers’ money. The American people deserve a healthy, robust debate on this issue and ABC’s decision – as of now – to exclude even paid advertisements that present an alternative view does a disservice to the public. Our organization is more than willing to purchase ad time on ABC to present an alternative viewpoint and our hope is that ABC will reconsider having such viewpoints be part of this crucial debate for the American people. We were surprised to hear that paid advertisements would not be accepted when we inquired and we would certainly be open to purchasing time if ABC would reconsider.”

More… Conservatives for Patients’ Rights (www.cprights.org) has done some donor research that reveals that ABC employees donated more than $160,000 to Obama’s campaign and less than $5,000 to McCain.