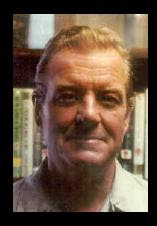 At least 3 people were shot at the US Holocaust Museum in Washington DC today.
The Washington Post reported:

A security guard and two other people were shot today inside the U.S. Holocaust Memorial Museum in downtown Washington, authorities said.

U.S. Park Police said a gunman armed with a shotgun opened fire on the security guard and that other security guards returned fire. The gunman was reported wounded.

The shooting was reported to police at 12:52 p.m., and officers rushed to the scene just south of Independence Ave. bordering the Mall.

D.C. Fire Department spokesman Alan Etter said there was no immediate information on the shooter. He said two men were transported to a hospital with “serious” gunshot wounds.

One of the injured was hit by flying glass.

The New Editor is following the story.

The Times Online has more:

James W von Brunn, who was charged and convicted in 1981 for running towards the boardroom of Washington’s Federal Reserve building with a shotgun, entered the Holocaust Museum just before 1pm and opened fire “indiscriminately” with a long rifle.

Von Brunn, who claims on his own website to have been a decorated PT-boat captain and lieutenant in the US Navy during World War II, has written a book entitled ‘Kill the Best Gentiles!”

UPDATE: The 39 year-old security guard has died.
Please keep his family in your thoughts and prayers.

UPDATE: Von Brunn has much in common with a number of radicals.
Debbie Schlussel reported:

Von Brunn was also a 9/11 Truther, so he has even more in common with his Muslim brothers in arms and their left-wing buddies than any White Christian American.

We know where the 9/11 Truther movement got started. A few e-mails started going around the Muslim Mid-East telling the complete lie that Jews knew about the attacks ahead of 9/11 and didn’t show up for work. As we know, in fact, the Jews didn’t get the memo.

But James Von Brunn got the Muslim memo. And even though he, himself, doesn’t worship Mohammed (and there’s still time for that, yet, in prison), he did the bidding of those who do by listening to their propaganda.