Of course.
Obama’s mentor and father figure anti-AmeriKKKan Jeremiah Wright apologized to Jews today.
Then he went on to bash them. 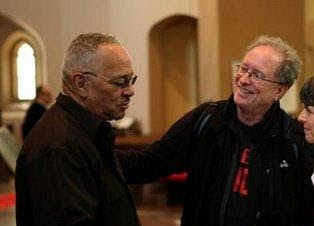 In an interview on a liberal satellite radio show, Rev. Jeremiah Wright attempted to clarify his comments to the Newport News, Virginia. Daily-Press about “them Jews” preventing him from speaking to President Obama.

The president’s former mentor and pastor made the comments on the SIRIUS LEFT show “Make it Plain” with Mark Thompson. You can listen to his comments HERE.

Wright then criticized Israel, saying, “I quote Jews when I say this,” and referencing books by Jewish authors such as “Judaism Does Not Equal Israel: The Rebirth of the Jewish Prophetic” by Marc Ellis and “The Ethnic Cleansing of Palestine” by Ilan Pappe.

“I’m talking about facts, historical facts,” Wright said. “I’m not talking about emotionally charged words or the fact that like Jimmy Carter’s book, that because he used the word that Jews use, ‘apartheid,’ he gets labeled anti-Semitic.”

“They can jump on that one phrase if they want to,” Wright said, “but they can’t, they can’t undo history. They can’t undo the facts of Jewish historians and Jewish theologians who write about what’s going on, who write about the enormous influence that AIPAC has on our government and on United States policy and the United Nations.”