Barack Obama admitted last year, “Under my plan of a cap and trade system electricity rates would necessarily skyrocket.” (Video) 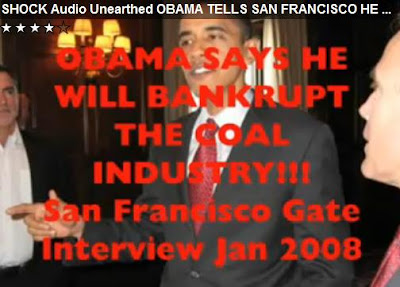 Today, Barack Obama urged the US Senate not to believe the misinformation and pass cap and trade legislation.
The AP reported:

“My call to every senator, as well as to every American, is this,” he said. “We cannot be afraid of the future. And we must not be prisoners of the past. Don’t believe the misinformation out there that suggests there is somehow a contradiction between investing in clean energy and economic growth.”

UPDATE: Here’s another video of Obama admitting cap and trade would cause energy prices to skyrocket.