One of the most reliable people I know forwarded the Persian version of this document (posted below) and I took the time to translate and compile in English. THIS is a very important bit of info regarding the individuals behind the Khomeinist brutality machinery. Please read and distribute.

ALSO, FYI, this video here was taped at a session where Ahmadinejad and several members of this “mafia”, including Ayatollah Messbah-Yazdi whom you see, clearly seated next to Ahmadinejad is being told of the “vision” of their group. For those who speak Farsi, I think you’ll find what Ahmadinejad says pretty much in keeping with what this document says, in a nutshell. ENJOY & Distribute.

This follows the news yesterday that Ahmadinejad and the mullahs conspired to steal the Iranian election.

According to received reports, thirteen members of the revolutionary guard command announced their intention to ‘exit’ their posts within the rule of the supreme leadership subsequent to a meeting with a group of military commanders; the thirteen announced their support for the protestors, and as such they were arrested and are being detained under torture and pressure to confess to being U.S. and Israeli collaborators; they are being forced to confess to espionage.

It is said that one week prior to the elections, the hardliners defeat in the elections became inevitable; a coup d’etat leadership chain of command was organized and prior to the elections, a total blueprint was put in place for carrying out this coup d’etat. The plan is carried through effectively, step by step but it is confronted with an unforeseen problem which now stands in their way and that was, not only the widespread chain of protests that forced them to step up the oppression, but the insistence and resistance of other electoral candidates not to accept defeat and walk away. When it was confirmed that Mir Hossein Moussavi did in fact glean the majority of the votes, the supreme leaders son, Mojtaba Khamenei, accompanied by Misters Admiral Firooz-Abadi, Commander Ghassem Soleimani, Davood Ahmadinejad and Gholam-Ali Haddad-Adel, were granted audience at 18:30 on Tuesday, 22nd of Khordad (June 12th, 2009) at the home of the leadership, in order to receive their directives from the supreme leader. During this meeting, different strategies are described by Mojtaba Khamenei and finally after agreeing on the specific electoral strategy, the individuals on the below list were approved. During the next meetings, which included all the people seen here and held for the purpose of securing the devised procedures and plans, all swore an oath that for the sake of the preservation of the absolute supreme leadership and the establishment of an Islamic rule, as well as setting the stage for the appearance of the twelfth imam, they will not refuse anything and will willingly pay any price. 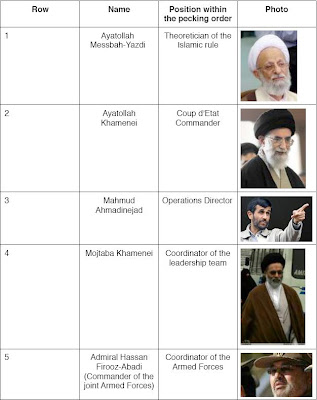 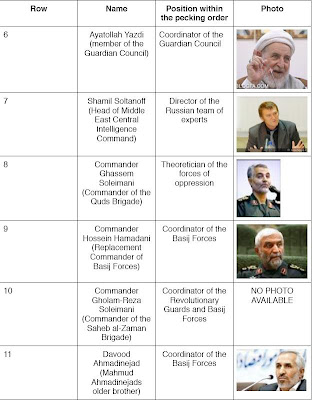 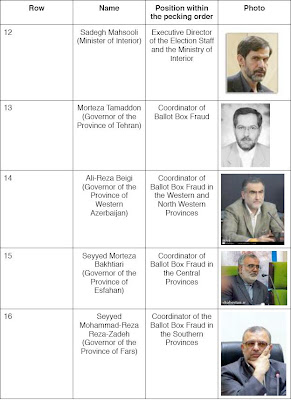 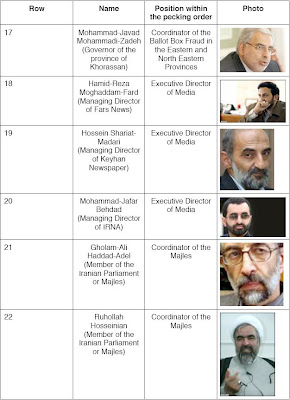 Here is the same information in Farsi: 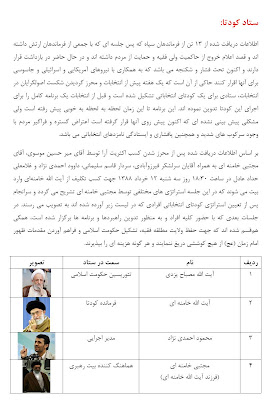 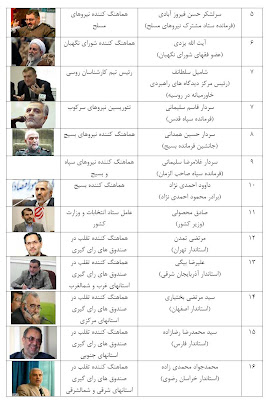 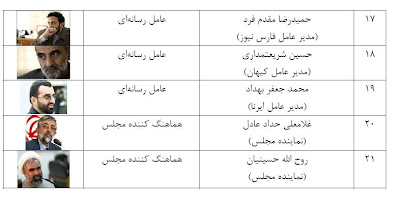