US officials today said they would not accept Ahmadinejad’s victory.
Then later today they already announced they would negotiate with the corrupt killer regime anyway.

Meanwhile the Obama Administration stands by as students and democracy protesters are slaughtered in the streets of Tehran. 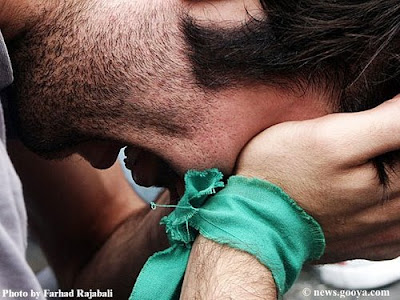 A student reacts to the violence in Tehran today (Flickr)

“We, like the rest of the world, are waiting and watching to see what the Iranian people decide.”

It looks like the people decided they had enough of this violent regime, Hillary.
No surprise, the Obama Administration is still deciding what to do:

The Obama administration would not describe the outcome as legitimate or illegitimate or deem a victory by Mousavi as necessarily better.

“We’re not going to characterize what would have been a better or worse scenario,” the official said. “We will deal with this as it is, not as we wish it to be.

“We have very serious foreign policy and national security issues at play here,” the official added. “That was the case yesterday. It is the case today.”

Yet some U.S. lawmakers didn’t hesitate to voice skepticism of the outcome.

“There appears to be pretty good evidence that this is a cooked election,” Rep. Dan Lungren, R-Calif., told FOX News. “And the most depressing thing for me is we were going to see whether in fact the true leaders of this country, the religious leaders, were going to allow for a real election to have an expression of the people. 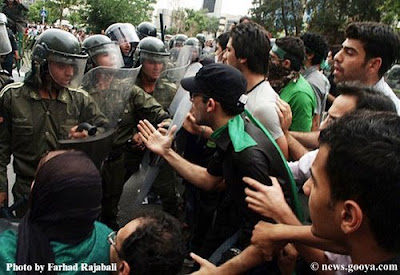 The brutal crackdown has begun in Iran– 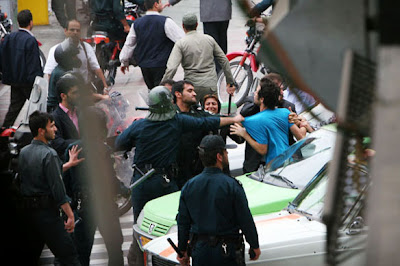 They are firing guns on the streets: 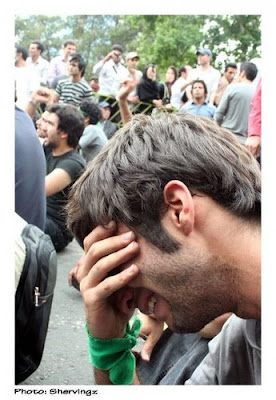 Iran Press News has video of the massive protest. 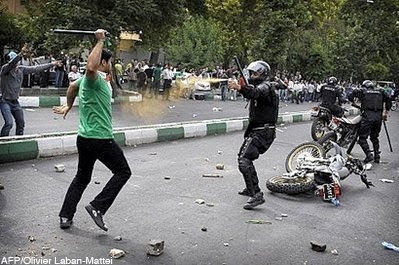 A riot-police officer sprays tear-gas at a supporter of defeated Iranian presidential candidate Mir Hossein Mousavi attacking him with a police stick during riots in Tehran. (AFP/Olivier Laban-Mattei)