The Missouri Fairtax Rally and Tea Party Protest was held today in Columbia, Missouri– in fact it is still going on until dark!
A group of Missouri Tea Party representatives from Kansas City and St. Louis held a rally during the event at the Boone County Fairgrounds from 10:30 to 12:00 noon.
Kevin Jackson from The Black Sphere blog was the MC.
There were tea party organizers from Kansas, Illinois, Missouri and Tennessee at the event. 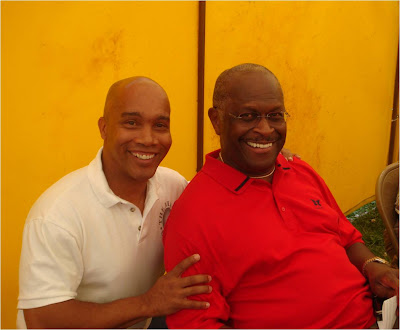 Kevin Jackson from The Black Sphere and Herman Cain, the Former Chairman of Godfather’s Pizza, Inc., met up at the Fairtax Rally and Tea Party Protest.
–Someone should send this shot to tea party-basher Janeane Garafalo. 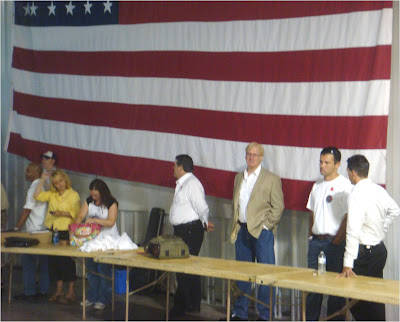 Here are a group of the speakers lined up before the tea party rally. 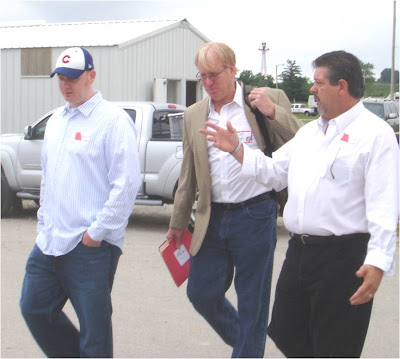 I spoke with Eric Odom and Ken Marrero at the rally. They both are with the American Liberty Alliance a grassroots free market alliance. 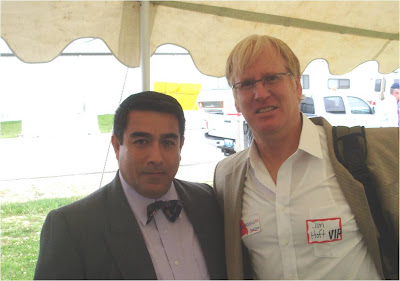 One of the speakers from the Kansas City area is a proud American and immigrant from Ecuador. 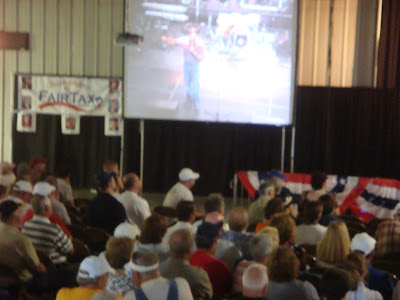 Here’s the talk I gave today:

Neal Boortz was going to speak this afternoon and Joe the Plumber was also going to make an appearance. I interviewed him here.
Boy was he right about Obama or what?