Adding injury to insult and theft… 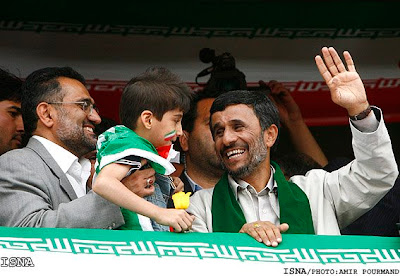 Meanwhile… Hossein Mousavi lodged an appeal against Ahmadinejad’s victory just hours ago.
The opposition also asked for permission for a peaceful parade.