Barack Obama, who supported genocide in Iraq, did not have the decency to thank George W. Bush today.
Nancy Pelosi could only mutter something about the war coming to an end.

The state-run media did not publish the remarks by Iraqi President Jalal Talibani to the American troops today. After all, Talibani has a record of thanking the US for liberating his country from the evil psychopath, Saddam Hussein.
The state-run media never seemed to appreciate his courage and gratitude much for some reason.

But, the Iraqis celebrated their security and freedom. 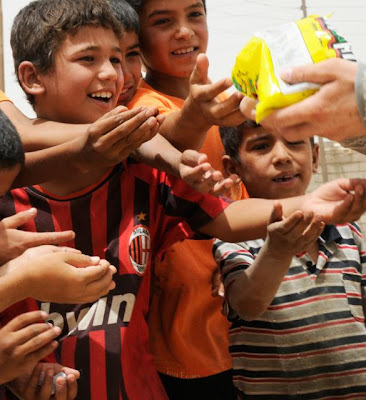 This situation seemed a pipe dream not so long ago: Iraq’s security forces, serving an elected government, assume primary responsibility for the good order of their own country.

We all recall the delighted leftist claims that Iraq had entered a hopeless civil war. Wrong. That Iraqis preferred al Qaeda to us. Wrong. That Shia militias represented the people. Wrong. And that Iran would seize control. Wrong again.

Looking back over six years of good intentions, tragic errors, generosity, arrogance, partisan vituperation, painful deaths and ultimate vindication, two things strike me: the ever-resisted lesson that human affairs are more complex than academic theories claim, and the simple truth that most human beings prefer a measure of freedom to immeasurable repression.

Now the symbolism of our troops withdrawing from Iraq’s cities is richer than Washington grasps. Mesopotamia created urban culture: Ur, Babylon, Nineveh and countless lesser-known sites are where humans first worked out ways to live together in close quarters in large numbers. The coming wave of terror will strike cities that make Baghdad seem a youngster.

The “cradle of civilization” is rising from the grave again.

Here’s a sincere thanks to our men and women who made this happen.
Congratulations!