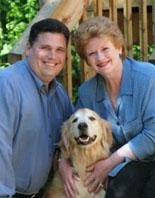 On February 5th the hooker accused of accepting money for sex from the husband of U.S. Sen. Debbie Stabenow, D-Mich., served her five days in jail. Two weeks later it was reported that Tom Athans was in trouble again for illegally working as a lobbyist for one of his wife’s major campaign donors.
Right Michigan reported the news:

United States Senators are busy people with demanding schedules. Its understandable if one of the most powerful members of the most powerful legislative body in the nation doesn’t know where her husband is and what he is doing twenty-four hours of every day. Still, you’d think better than a half-a-year employed by one of your major campaign donors as an illegally unregistered lobbyist… advocating a project you made a point of running against during your last statewide election… might raise a red flag or two.

That’s the reality Senator Debbie Stabenow has faced for the last six months as her husband, Tom Athans, made bank on the payroll of Democratic mega-donor and alleged lothario Jim Papas. Unfortunately, despite the unending rhetoric about transparency and ethics in the Dem controlled Congress, the Senator who once voted to establish the Senate Office of Public Integrity chose to turn a blind eye to her husband’s criminal actions, putting him, partisan election interests and the family bank account above Michigan residents and campaign promises.

…Papas’ name is not unfamiliar to residents in and around Detroit but he’s not as well known out-state. His (barely) above-the-table resume filler includes the Motor City’s Greektown Casino, which he helped “build.” Granted, the man has spent almost as much time in the courtroom as he has on the gaming floor, battling requests for personal protection orders after allegedly assaulting the children of business partners, state investigations into his use of HUD money to build luxury hotels and allegations (plural) of sexual harassment. Maybe more importantly, according to Department of State and FEC records he’s a six-figure-a-cycle Democratic money man.

This brings us to last week’s conviction of Monica Conyers, the wife of Far Left Rep. John Conyers…
Right Michigan, once again, has more on this scandal:

Riddle said Conyers even helped draft a letter sent by her husband, Congressman John Conyers Jr., D-Mich., to help a man with whom she had financial ties…

In that deal, Riddle said, Monica Conyers arranged for Riddle to get a $20,000 contract with Greektown entrepreneur Dimitrios (Jim) Papas in about 2007. Riddle said Papas hired him for crisis consulting and political advising — but he was never asked to do any work. She then demanded $10,000 of that money as a “finder’s fee,” Riddle said.

At some point after Papas paid him, Riddle said, John Conyers sent a letter to the U.S. Environmental Protection Agency in support of a controversial hazardous waste injection well in Romulus that one of Papas’ companies was seeking to operate.

Papas, you’ll remember, is the same “gentleman” who paid Senator Debbie Stabenow’s (D-Michigan) husband Tom Athens to work illegally as a lobbyist backing the same toxic waste dumping project. The sort of dumping project that Stabenow had explicitly campaigned against, before realizing it represented an opportunity for her family to make serious illegal bank.

Not a bad collection Papas had there. A United States Senator, a United States Congressman and the top dog on the Detroit City Council, all either directly on the payroll or accepting cash through one paper-thin degree of separation.

Don’t expect to see this major democratic scandal make too many headlines outside of Michigan.