Change!
Dear Leader fired the inspector general after he identified millions of dollars in AmeriCorps funds that were wasted or misspent. The man in charge of Americorps is a top Obama supporter and friend. 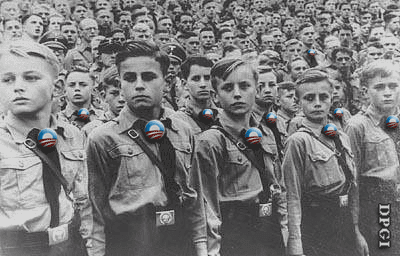 Obama signed legislation in April to vastly increase the size of Americorps from 70,000 to 250,000. in March the Senate voted to allow ACORN funding in this same bill.

President Barack Obama says he has lost confidence in the inspector general who investigates AmeriCorps and other national service programs and has told Congress he is removing him from the position.

Obama’s move follows an investigation by IG Gerald Walpin of Sacramento Mayor Kevin Johnson, who is an Obama supporter and former NBA basketball star, into the misuse of federal grants by a nonprofit education group that Johnson headed…

The president didn’t offer any more explanation, but White House Counsel Gregory Craig, in a letter to Sen. Charles Grassley, R-Iowa, cited the U.S. attorney’s criticism of Walpin to an integrity committee for inspectors general.

“We are aware of the circumstances leading to that referral and of Mr. Walpin’s conduct throughout his tenure and can assure you that the president’s decision was carefully considered,” Craig wrote.

Grassley had written Obama a letter pointing to a law requiring that Congress be given the reasons an IG is fired. He cited a Senate report saying the requirement is designed to ensure that inspectors general are not removed for political reasons.

Grassley said Walpin had identified millions of dollars in AmeriCorps funds that were wasted or misspent and “it appears he has been doing a good job.”

The IG found that Johnson, a former all-star point guard for the Phoenix Suns, had used AmeriCorps grants to pay volunteers to engage in school-board political activities, run personal errands for Johnson and even wash his car.

Glenn Reynolds adds: “Under a Republican President, this would be a huge scandal.”
True.