Iran is readying for its June 12 elections.
Some 646 foreign reporters will travel to Iran to cover the country’s presidential election.
Here are a few shots from the streets of Tehran leading up to the election: 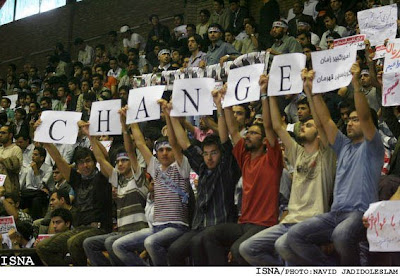 An opposition candidate believes the country has had enough of Ahmadinejad. (ISNA) 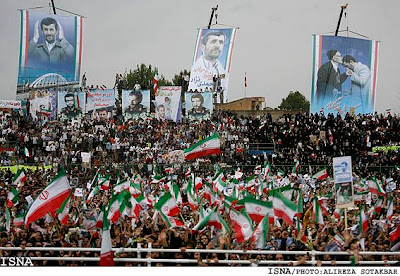 Posters of Iranian “martyrs” are seen at the Ahmadinejad rallies. (ISNA) 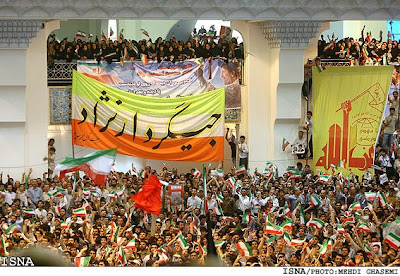 A Hezbollah-type banner hangs at the Ahmadinejad rally. (ISNA) 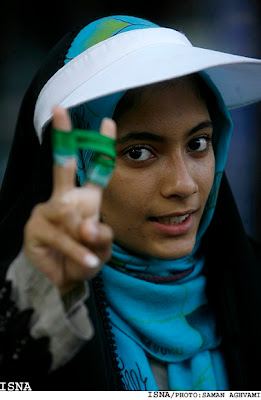 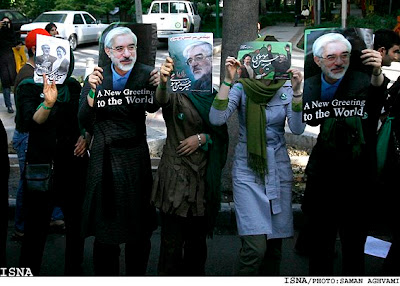 Posters in English call for a new greeting to the world. (ISNA)
There’s a good idea.