It’s snowing in North Dakota in June.
There’s record cold in Green Bay.
But, that won’t keep democrats from passing their massive cap and tax bill that will decimate the economy.

Unfortunately for the Gorians- not everyone is drinking the Kool-Aid. 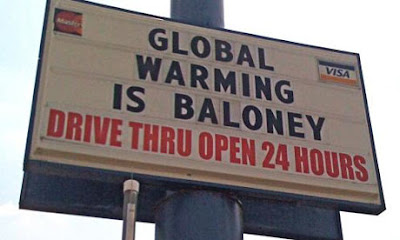 Burger King joints are sticking with broiled beef and not baloney. (Guardian)

U.S. Rep. Dana Rohrabacher was in a froth, and his audience loved it.

The California Republican was talking about global warming and could barely contain his disgust.

“Al Gore has been wrong all along!” Rohrabacher yelled into the microphone. “This is outrageous! All of this is wrong! The people who have stifled this debate have an agenda that is just frightening!”

Welcome to the third annual International Conference on Climate Change, a daylong session of speeches and scientific presentations that took place Tuesday just blocks from the U.S. Capitol. Almost no media covered the event.

Organized by The Heartland Institute and other conservative think tanks and groups, the conference drew about 250 guests, most of them researchers and policy analysts, some from as far away as Japan and Australia.

There was plenty of wry laughter during the day, especially when former Vice President Gore and his award-winning movie, “An Inconvenient Truth,” were brought up, which was often.

The conference hall also was filled with a tangible air of frustrated defeat, like the brainy kid in math class who thinks he knows all the answers, raises his hand time and again, but is never called upon.

“We are seldom heard in the policy debate,” said Joseph L. Bast, president of The Heartland Institute. “If you open your newspaper, turn on your TV set, you’re likely to see global warming alarmism, and nothing else.”

With Team Obama in charge, it’s full steam ahead with the junk science.
And, as a resulut, we will all suffer from higher energy prices and more government control on our lives…
All in the name of junk science.