Great Britain ordered the expulsion of two Iranian diplomats, signalling a new low in relations between the two nations.

Even Egypt condemned Obama’s cautious response to the situation in Iran. 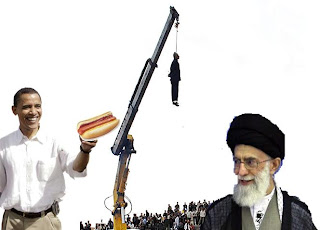 But, Barack Obama is going to serve hotdogs.

Barack Obama won’t cancel 4th of July celebrations with Iranian regime officials even as the mullahs continue to slaughter their own citizens on the street.
What a disgrace.