There were 8 confirmed deaths after the shootings yesterday in Azadi Square.
36 were wounded. Mousavi supporters are wearing black today to mourn the dead from yesterday’s protest. 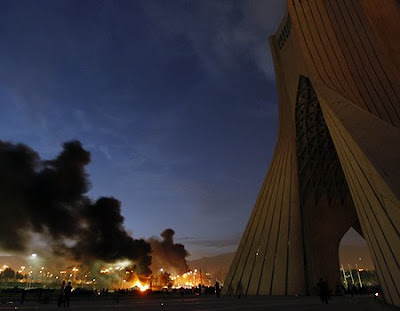 June 15: Fire burns at a Basij militia base after a rally in support of former presidential candidate Mirhossein Mousavi in western Tehran. (Reuters)

UPDATE: Winston says the report about moving the army to Tehran is probably false.