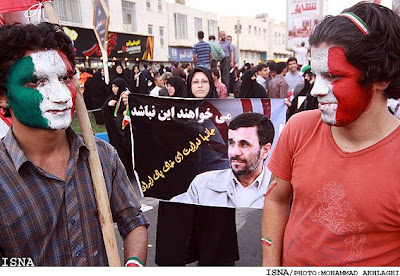 Iran’s incumbent President Mahmoud Ahmadinejad Tuesday said he would invite US President Barack Obama to a debate at the UN if elected as Iran’s president once again.

“I want constructive interaction on justice and respect and if I remain in the post, I will invite President Obama to a debate in the venue of the United Nations General Assembly,” Ahmadinejad said in an interview on Channel 4 of Iran’s state-run TV Tuesday evening.

He viewed debate as the best way for resolving world problems.

Reminding that solving global problems needs public participation, the Iranian president reiterated that different view points should be presented in this regard.

He further underlined that the revisionist movement initiated by the US administration over its policies is not a gift to other countries, but a necessity to prevent the US from facing more fundamental problems.