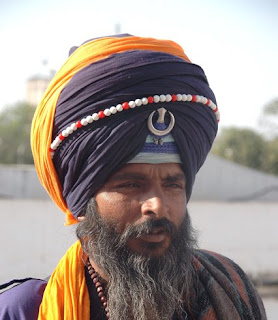 The UK is developing a bulletproof turban for the Sikh officers on the force to wear instead of helmets.
The Daily Mail reported:

Police are trying to develop bullet-proof turbans for Sikh officers to wear instead of helmets.

The headwear would allow those who insist on always wearing turbans to join gun or riot squads for the first time.

Scientists are investigating whether bullet-proof Kevlar could be used for the 15ft strip of cloth a turban requires.

British Police Sikh Association vice-chairman Gian Singh Chahal said: ‘Sikh officers have been prohibited from becoming firearms officers because our religion does not allow us to remove the turban.

‘Nor can we wear the NATO helmet for public order policing.’

He said research had already begun into finding the perfect material to create a ballistic turban, but that the high-tech headgear would need to pass Home Office tests before being used by officers.

He said: ‘There has been some research done into producing a ballistic material for turbans and we would like to follow any opportunity where we could manufacture a ballistic product – made out of something like Kevlar – that would ensure a certain degree of protection so Sikh police officers could take part in these roles.