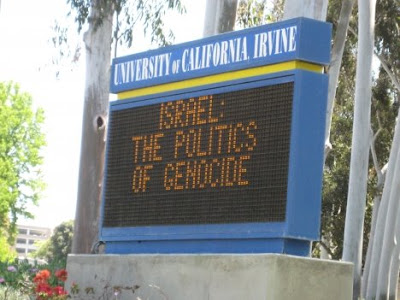 (OC Task Force, via ROP)
The Muslim Student Union’s “Israel: The Politics of Genocide” event began May 5 and runs through May 21.
In the name of Allah, the Most Gracious, the Most Merciful…

The Muslim Student Union at UC Irvine presents
ISRAEL: THE POLITICS OF GENOCIDE
May 5th – May 21st, 2009 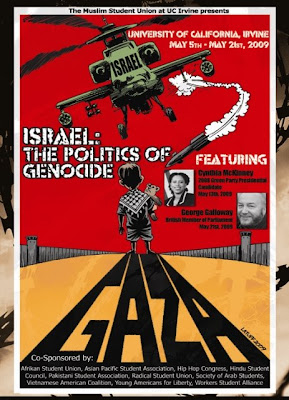