Team Obama admitted today that their decision to close Gitmo was a “hasty one.”

No kidding.
The liberal senate agreed. They voted 90-6 to keep the prison open today. 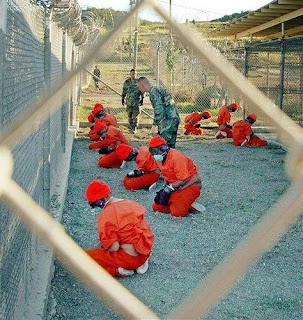 President Obama’s decision to close the controversial detention center in the early days of his presidency was met with adulation on the political left and earned headlines in newspapers across the world. It was seen as a clear break from Bush-era national security policy.

But recently Obama has broken with liberals over his decision to continue Bush-era military commissions to try Guantanamo Bay prisoners and his decision not to release photographs allegedly depicting U.S. soldiers abusing detainees in Afghanistan and Iraq. To an extent, this split with the political left is indicative of the difference between campaigning and governing.

Gibbs’ statement Wednesday though will likely only further aggravate many liberals.

The only Far Left senators who backed Obama to close Gitmo were:

Related… This report might embarrass the Team Obama too:
1 in 7 Freed Detainees Rejoins Fight, Report Finds