Are we looking at the biggest political scandal since Watergate?

Earlier it was reported that the Obama Administration may have targeted GOP donors in deciding which Chrysler dealerships would have to close their doors.

Now there’s this…
RLJ-McLarty-Landers is owned by three men.
One was the former Chief of Staff for President Clinton.
One is the founder of Black Entertainment Television and a huge Obama supporter.
All 6 of their Chrysler dealerships will remain open.
And, get this… Their local competitors have been eliminated! 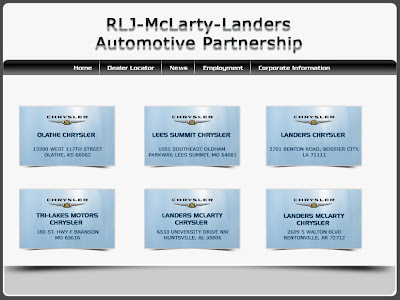 Joey Smith reported tonight that a Democratic donor group in the Midwest and South will not have to close any of their Chrysler dealerships:

The company is called RLJ-McLarty-Landers, and it operates six Chrysler dealerships throughout the South. All six dealerships are safe from closing. The dealer locations are:

The interesting part is who the three main owners of the company are. The owners are Steve Landers (long-time car dealer, 4th-generation dealer), Thomas “Mack” McLarty (former Chief of Staff for President Clinton), and Robert Johnson (founder of Black Entertainment Television and co-owner of the NBA’s Charlotte Bobcats). Landers has given money to Republicans in the past, but McLarty campaigned for Obama in 2008, and Johnson has given countless amounts of money to Democrats over the years.

More… The decision to close the dealerships was made by Obama officials and not Chrysler.

Doug Ross first reported on this scandal and has several updates.