The most most radical members of OPEC are cheating on quotas. 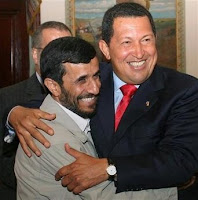 OPEC boosted production last month by about 1 million barrels a day for a total of 25.812 million b/d, in violation of supply cuts approved by the cartel to stem falling prices.

[In other words, the two most radical members of OPEC that often call for production cuts account for 58% of the excess production.]