SPIEGEL: Mr. Payne, early in June your great-nephew, President Barack Obama, will visit the former concentration camp Buchenwald, which you helped liberate at the end of the war. Will he be travelling in your footsteps?

Charles Payne: I don’t buy that. I was quite surprised when the whole thing came up and Barack talked about my war experiences in Nazi Germany. We had never talked about that before. This is a trip that he chose, not because of me I’m sure, but for political reasons.

Barack Obama’s great uncle offered some blunt language as to why his nephew is visiting the memorial at the former Buchenwald concentration camp next week during his trip to Europe and the Middle East.

“This is a trip that he chose, not because of me I’m sure, but for political reasons,” Charles Payne told the German magazine Spiegel. “Perhaps his visit also has something to do with improving his standing with (German Chancellor) Angela Merkel. She gave him a hard time during his campaign and also afterwards.”

Obama will next week visit Saudi Arabia, make a long-awaited speech to the Muslim world in Cairo, travel to Dresden and the Buchenwald Nazi concentration camp in Germany and attend D-Day commemorations in France. His uncle said he’d love to tag along if he gets a lift on Air Force One.

Payne, 84, is no stranger to Americans – his WWII experiences were used by the Obama campaign last year to burnish the candidate’s all-American upbringing. But Obama made a gaffe when he said his great uncle liberated Auschwitz. In fact, Payne was part of the force that liberated Ohrdruf, a subcamp of the Buchenwald concentration camp, in April 1945.

Payne told Spiegel that he was shocked to see his war experience, especially his “liberation” of a concentration camp, used in campaign commercials. He said he had never spoke with his nephew about the matter, nor did Obama ever express any interest in Payne’s experience. 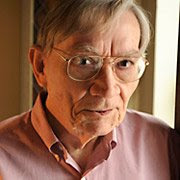 “I was quite surprised when the whole thing came up and Barack talked about my war experiences in Nazi Germany. We had never talked about that before.”
-Charles Payne.