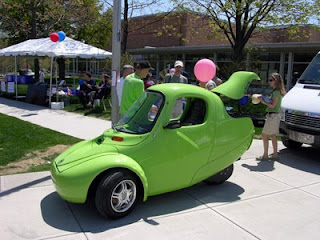 The Obama administration’s proposed mileage standards that will be announced today may kill more Americans at a faster rate than the Iraq War — his signature issue in the 2008 presidential campaign.

Obama’s standards will require automakers to meet a 35 miles-per-gallon standard by 2016 — four years earlier than the same standard imposed by the Energy Security and Independence Act of 2007.

As discussed in my new book “Green Hell,” the only way for carmakers to meet these standards is to make smaller, lighter and deadlier cars.

The National Academy of Sciences has linked mileage standards with about 2,000 deaths per year. The National Highway Traffic Safety Administration estimates that every 100-pound reduction in the weight of small cars increases annual traffic fatalities by as much as 715.

In contrast in the more than six years since the Iraq war began, there have been 4,296 deaths among American military personnel.

And what will be gained by the new mileage standards?

The Natural Resources Defense Council said that the 35 MPG standard would save about one million gallons of gas per day. So how does that savings balance against the 2,000 fatalities per year that the National Academy of Sciences says are caused by those same lighter cars?