Barack Obama told Americans during his last White House press conference that waterboarding terrorist killers was torture. He used a bogus Churchill quote to back up his position.

Unfortunately, Barack Obama has not been as kind to babies born alive after surviving abortion.
He’s voted four times in support of infanticide.

Today Obama will be honored at Notre Dame Catholic University. 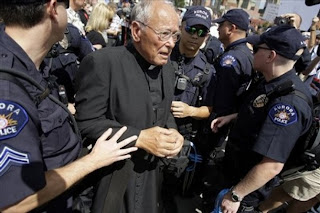 77 Catholic Bishops have spoken out against Notre Dame’s decision to honor Barack Obama.

www.StopObamaNotreDame.com will be LIVE via ustream today, for the protests.