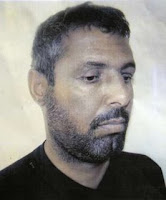 Iraqi officials aired a videotape on Monday of a man accused of being an insurgent leader who said al Qaeda-linked militants took orders from Saddam Hussein’s Baath party and plotted to incite civil war.

Since then, the group, also known as ISI, has denied its leader was arrested and called the Iraqi authorities liars.

In the past, Iraq has announced it has killed or captured insurgent leaders only to have incorrectly identified them. The U.S. military has not said it believes the man is Baghdadi.

In the tape, aired on state television, the man identified as Baghdadi said he joined al Qaeda in 2005 and took on the al-Baghdadi sobriquet when he was chosen as head of ISI, an affiliate or umbrella group of al-Qaeda, in 2006.

The man said the group was funded by charity organizations in Egypt, Syria and Saudi Arabia, through private donations and theft and extortion within Iraq.

He said orders came from militants and from former members of Saddam’s Baath party, which controlled Iraq until 2003 and is now banned by Iraqi law.