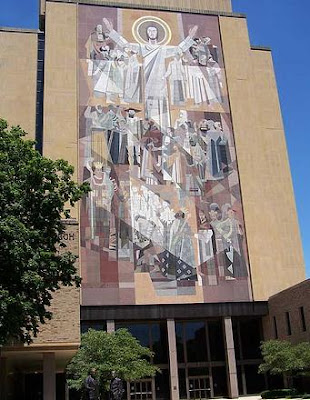 Almost two months after the announcement of President Barack Obama’s commencement schedule, Notre Dame’s campus will be flooded with visitors, graduates and Secret Service agents and South Bend’s streets will be lined with protesters Sunday when Obama visits campus.

When the president addresses the over 2,900 graduates in the Class of 2009, commentators predict the packed Joyce Center will be the calm at the center of a protest storm.

Bishops, student groups and anti-abortion activists have spoken out against University President Fr. John Jenkins’ decision to invite Obama to speak at Commencement and award him an honorary degree.

As local police are coordinating with Secret Service to prepare for the president’s visit, those living around campus are preparing for an estimated 20,000 protesters to come to their neighborhood.