The Missouri Republican Party released this report on ACORN voter fraud crimes in Missouri.
The list of crimes is extensive as you can see below.
It is no wonder then that Senator Claire McCaskill (Dem-MO) voted last week to allow funding for ACORN in the Youth Brigades Bill. 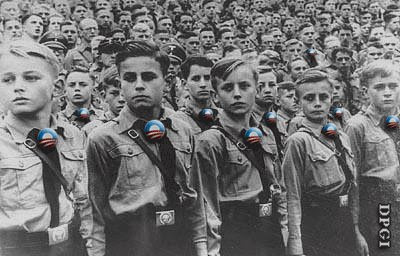 While funding ACORN with taxpayer money Democrats are ignoring the crimes committed by this radical leftist organization:

This morning, Secretary of State Robin Carnahan released an analysis of the 2008 elections that ignores the threat posed by voter registration fraud in Missouri. This comes despite an organized effort by groups such as the Association of Community Organizations for Reform Now (ACORN) to submit thousands of fraudulent voter registrations to county election boards across this state. Carnahan’s report, which does not mention ACORN, also comes a week after a former organizer for ACORN pleaded guilty to federal charges for submitting fraudulent voter registrations in the St. Louis area—the latest in a long line of serious voter fraud allegations for the left-wing group.

“We commend the efforts of the United States Attorney’s Office for its pursuit of those who seek to undermine the integrity of Missouri’s elections,” said David Cole, Chairman of the Missouri Republican Party. “For too long, Robin Carnahan—the chief elections official in the state—has ignored the threat that voter fraud poses to our system of government. This report makes it clear that Carnahan has no intention of cleaning up our election process or seriously confronting organized fraud.”

Missouri Democrats have done nothing to protect the election system, creating ample opportunities for those who seek to stuff the ballot boxes. Robin Carnahan, who is charged with overseeing Missouri’s elections, has repeatedly balked at common-sense reforms meant to safeguard the political process, and in 2006, she even ordered the St. Louis Board of Elections to approve more than 5,000 questionable registrations submitted by ACORN. (http://www.mogop.org/media/sos-stlletter.pdf)

ACORN has come under fire from federal law enforcement agencies for illegal practices in 11 states. Over the past several years, more than a dozen ACORN workers have been charged with election fraud in Missouri alone, and thousands of questionable registrations have been submitted.

“Since Robin Carnahan became Secretary of State, the number of cases of voter registration fraud in Missouri has exploded,” said Cole. “Her job is to ensure fair elections, yet she has resisted every proposed reform that seeks to prevent voter fraud. It is absolutely inexcusable.”

** St Louis County election officials find hundreds of fraudulent address changes, most of which were submitted by ACORN (Post-Dispatch, October 25, 2006)

** ACORN workers caught on tape admitting they were urged to solicit votes for Claire McCaskill’s campaign for U.S. Senate (http://www.youtube.com/watch?v=oJ6SrZODbHg)

BG has more on Obama’s ties to ACORN.