While President Frumpy-Frump was mocking the uncouth “Tea Bag” protesters yesterday inside the Fox High School gymnasium, there were a couple of hundred fired up protesters outside slamming his irresponsible spending.

We had a blast!
Our excitement was contagious: 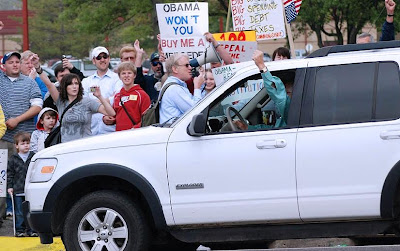 Mark Polege sent these great shots from the protest yesterday… 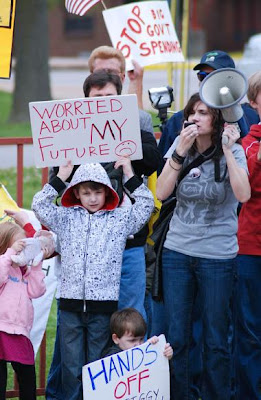 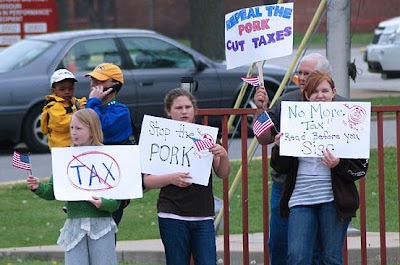 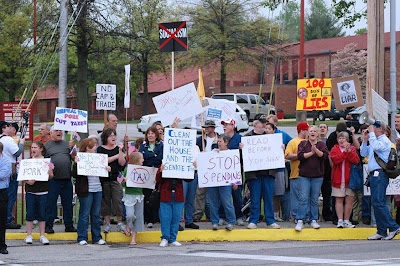 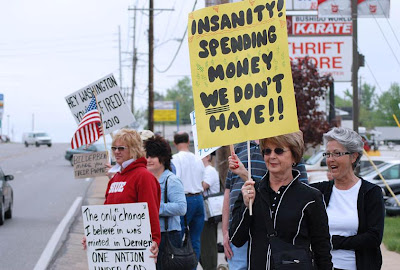 Reason Magazine offers this sage advice: Take pity on the left as it grapples with the tea party revolt.

Glenn Reynolds has more on the tea party stages of denial.
Remember- It’s a process.