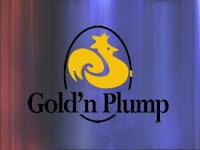 A chicken processor in Minnesota will have to pay $1.3 million to a group of Muslim employees for not giving them an extra prayer break.
The Minnesota Star-Tribune reported, via ROP:

A federal judge gave approval for Gold’n Plump Inc. and an employment agency to pay $1.35 million to settle lawsuits alleging religious discrimination against Muslims at a chicken processing plant in Cold Spring, Minn.

The money will go to 128 Somali Muslims who claim that St. Cloud-based Gold’n Plump violated their religious rights by refusing to allow them prayer breaks during work hours, and to another 28 workers who said a St. Paul employment agency, the Work Connection Inc., required them to sign forms acknowledging they would be required to handle pork.

The U.S. Equal Employment Opportunity Commission investigated the allegations and said it found cause to believe discrimination occurred, according to lawsuits filed last year.

In a settlement approved Tuesday by U.S. Magistrate Judge Jeanne Graham, Gold’n Plump will add a paid break during the second half of each shift to accommodate Muslim employees who wish to pray. The break is in addition to one early in the shift and lunch breaks required by law.

The Work Connection has agreed to provide offers of employment to the 28 job seekers who were turned away for not signing the “pork form.”

CAIR announced that the Gold’n Plump settlement paved the way for religious accomodation.