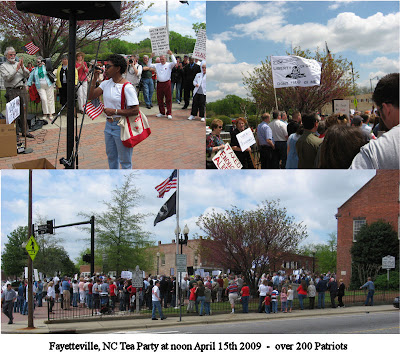 Zeb Gardner sends this from the Fayetteville, North Carolina protest.
It looks like they had a nice turnout on a lovely day.

Sacramento had a protest earlier today. The Freepers were there.

The BlogProf has photos from the Macomb County Tea Party Protest.

John Lilyea has coverage from Washington DC complete with the Code Pink and MoveOn.org invasion. 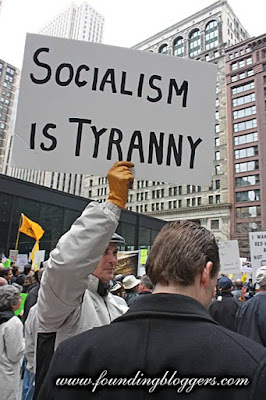 Contractor Jeff Smith was also at the Chicago rally.

The Political Inquirer has photos from the Dallas protest.

Looking at the Left reports from Denver: 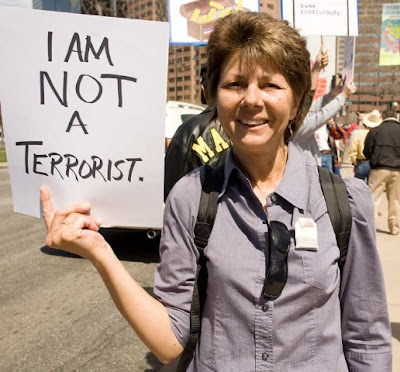 Sidemeat was in Ashville, North Carolina.

The Red Dirt Report was Tea’d off in Oklahoma City.

Bruce says there were 500 in Massapequa, New York.