Change! Last week the LA Times ran an ad on its front page disguised as a news story.

Now, this morning we see this…
Memeorandum reported on Rahmbo’s big win with Congress on helping President Obama get his massive budget passed:

Of course, this is just ridiculous.
The Obama budget passed through the Democratic House without a single GOP vote:

Obama and Rahmbo lost 20 Democrats on the vote.

The US Senate passed the Obama budget without a single GOP vote: 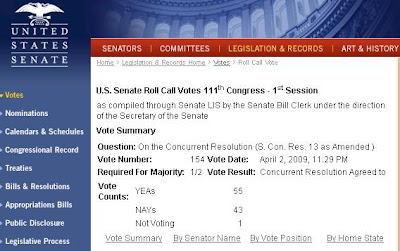 Obama and Rahm lost 2 democratic senators on the vote.

This doesn’t sound like much of a win for Rahmbo now does it?
It’s almost as if they are advertising for Team Obama and the democrats.
Not that this is anything new for the liberal media.