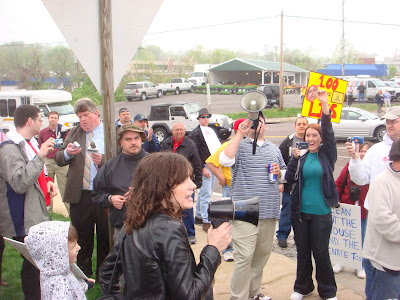 Dana Loesch from 97.1 Talk FM and Jim Hoft from Gateway Pundit Blog led the cheering crowd during Obama’s visit to St. Louis to celebrate his first 100 days of destruction.

We had 10,000 protesters at the Tax Day Tea Party Protest in St. Louis.
A few hundred of those protesters made it down to Arnold today. 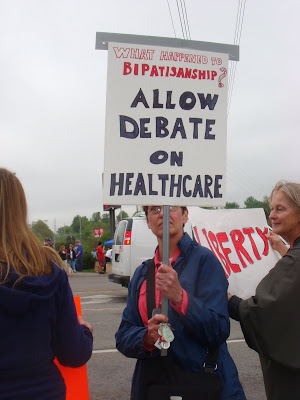 There were about 15 Obama union supporters outside the school and a van with a Teamster’s sticker selling Obama T-shirts and pins. 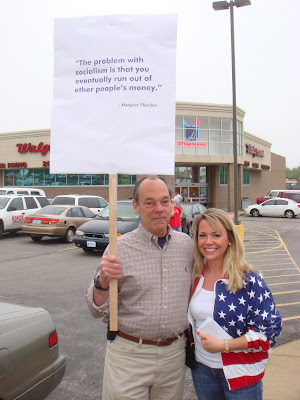 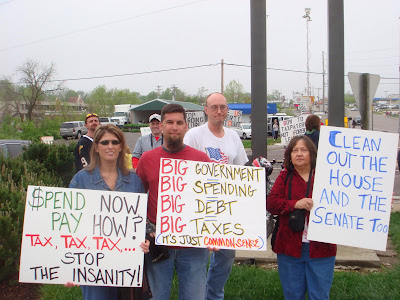 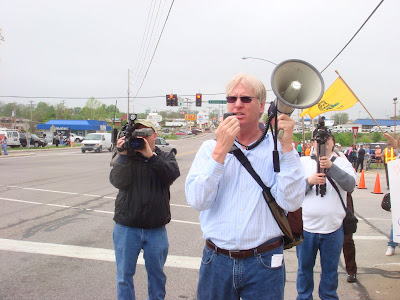 I took a crack at the megaphone for a while this afternoon. 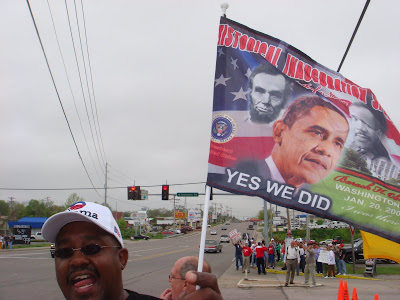 Obama supporters were selling desecrated US flags outside the high school. 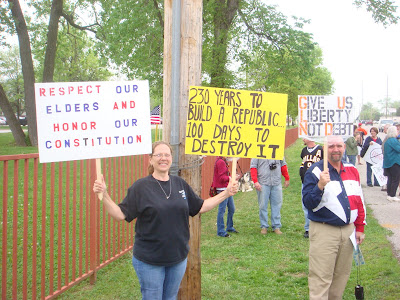 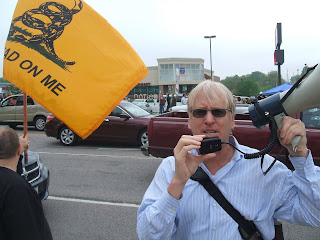 Adam took this at the protest today.

By the way… Dana and her children were flipped off by Obama supporters who were leaving the event today.