Another day… Another apology…
Hillary Clinton apologized to global warming junk science enthusiasts for America’s role in creating the non-existent problem at a polluter’s meeting yesterday. The Secretary of State also warned:

“The facts on the ground are outstripping the worst case scenario models.”

Really?
The Antarctic icecap is currently expanding not shrinking.
The Arctic sea ice is currently at its highest level for this date since 2002. 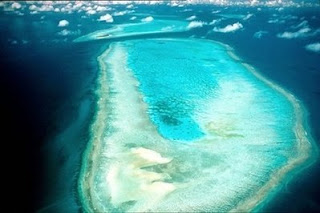 Only 34% of Americans believe man has caused global warming.

But, any lie will do when you’re pushing a Far Left agenda.

The Obama administration issued a mea culpa today on America’s role in causing climate change, in a move to get the major economies working together on a global warming treaty.

The admission by Hillary Clinton at a two-day meeting of the world’s biggest polluters was intended to ease some of the obstacles towards a deal at UN talks in Copenhagen in December. She placed the gathering of officials from 17 countries, the European Union and the United Nations on a par with the G20 meeting on the economic crisis earlier this month.

As the secretary of state opened the meeting, the Greenpeace US executive director, Phil Radford, was arrested in his first day in the job. He and six other climbers unfurled a banner from a construction crane near the state department with a message for the environment ministers: “Stop Global Warming. Rescue the Planet.” Radford called for the industrialised world to commit to deeper cuts in emissions and provide assistance to developing countries.

Clinton addressed the complaints of developing countries such as India and China that America and the EU, by demanding binding emissions cuts, want to saddle them with the burden of climate change; they argue they did not cause the problem and must prioritise growth. She said the US recognised industrialised countries bore a responsibility: “Some countries like mine are responsible for past emissions.” She wanted China and India to grow their economies: “We want people to have a higher standard of living.”

Obama had broken with eight years of denial under George Bush, Clinton said. “The United States is fully engaged and ready to lead and determined to make up for lost time both at home and abroad … the US is no longer absent without leave.”

She saw climate change as the gravest problem facing the international community: “The facts on the ground are outstripping the worst case scenario models.”

Democratic Congressman John Dingell admitted on Friday at a Congressional hearing on global warming that cap and trade is a tax– a Great Big tax!