Haven’t we already been here?
This is like watching Bill Clinton all over again.
It looks like we will have to lose another 3,000 or more Americans in a single day before the Team Obama will act.
If they ever do act.

Senior Obama administration officials are debating how to address a potential terrorist threat to U.S. interests from a Somali extremist group, with some in the military advocating strikes against its training camps. But many officials maintain that uncertainty about the intentions of the al-Shabab organization dictates a more patient, nonmilitary approach.

Al-Shabab, whose fighters have battled Ethiopian occupiers and the tenuous Somali government, poses a dilemma for the administration, according to several senior national security officials who outlined the debate only on the condition of anonymity.

The organization’s rapid expansion, ties between its leaders and al-Qaeda, and the presence of Americans and Europeans in its camps have raised the question of whether a preemptive strike is warranted. Yet the group’s objectives have thus far been domestic, and officials say that U.S. intelligence has no evidence it is planning attacks outside Somalia.

Haven’t we been here before?
This is like rewatching the Clinton Administration balking to take out Osama bin Laden. 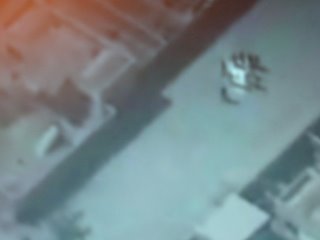 In the video Osama is surrounded by his men at a terrorist compound in Afghanistan.
The Clinton Administration took no action at the time despite the numerous attacks by Osama bin Laden on the United States prior to this video.

NBC News has obtained, exclusively, extraordinary secret video, shot by the U.S. government. It illustrates an enormous opportunity the Clinton administration had to kill or capture bin Laden. Critics call it a missed opportunity.

In the fall of 2000, in Afghanistan, unmanned, unarmed spy planes called Predators flew over known al-Qaida training camps. The pictures that were transmitted live to CIA headquarters show al-Qaida terrorists firing at targets, conducting military drills and then scattering on cue through the desert.

Also, that fall, the Predator captured even more extraordinary pictures — a tall figure in flowing white robes. Many intelligence analysts believed then and now it is bin Laden.

Why does U.S. intelligence believe it was bin Laden? NBC showed the video to William Arkin, a former intelligence officer and now military analyst for NBC. “You see a tall man…. You see him surrounded by or at least protected by a group of guards.”

Bin Laden is 6 foot 5. The man in the video clearly towers over those around him and seems to be treated with great deference. 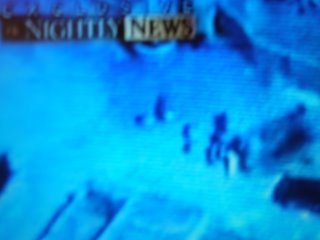 Bin Laden, in white, stands outside in his compound.
More…

Gary Schroen, a former CIA station chief in Pakistan, says the White House required the CIA to attempt to capture bin Laden alive, rather than kill him.

Bin Laden’s driver said that the Clinton Administration emboldened Al-Qaeda.
No doubt, they’ll be saying the same thing about Obama.