If this were Bush they were protesting it would have dominated the news today.
UPDATE: Aljazeera posted video from the protest:

The protesters say Obama’s visit will bring more turmoil to the Middle East.

So this is change? 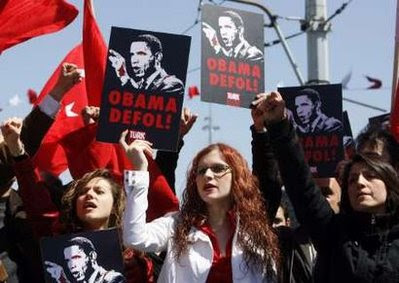 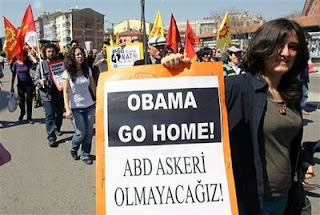 A group of Turkish leftist march to protest against the NATO summit, in Ankara, Turkey, Saturday, April 4, 2009 The placard reads: ‘ Obama go home! We will not be U. S. soldiers! ‘ (AP/Burhan Ozbilici) 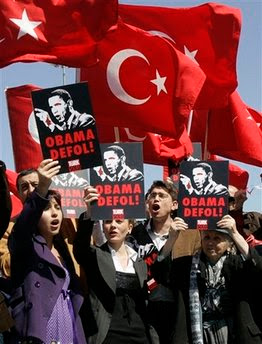 Maybe they missed the news that Obama wants Turkey in the EU because it would be a positive signal to Muslim nations. Germany and France immediately rejected Obama’s suggestion.