The Far Left A New Way Forward protests were held across the country today. These protests were must break up the banks and never again let them get so big that they distort our politics and take down the economy. They were also organized to counter the Tea Party protests that are drawing thousands of Americans out to protest the historic and dangerous binge spending by the current government.
Or, as Erika Franzi puts it, the Tea Party protests are:

A protest of wasteful government spending, confiscatory taxation, the selling of our posterity into the bondage of debt, the devaluation of our currency, and bailouts of private enterprise.

On Saturday, the New Way Forward protesters were hoping to make their voices resound in those closed-door meetings with the bankers.

So how did they do?
They failed. 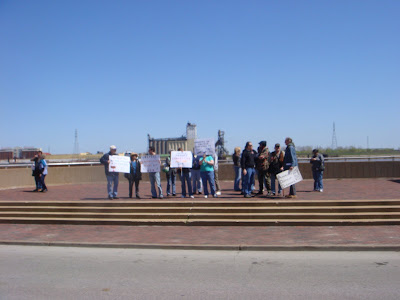 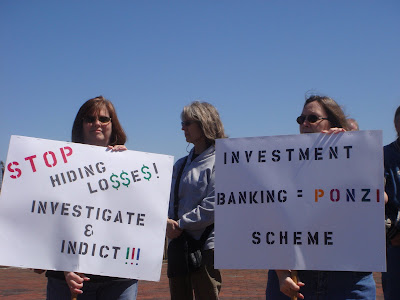 Here’s something you’d only see at a Leftist rally– Banking equals ponzi scheme. 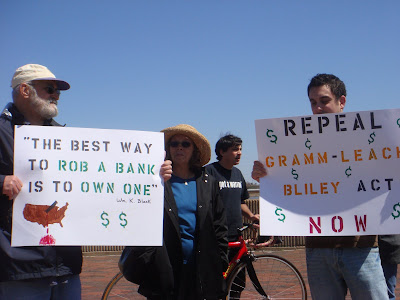 The best way to rob a bank is to own one? Huh? 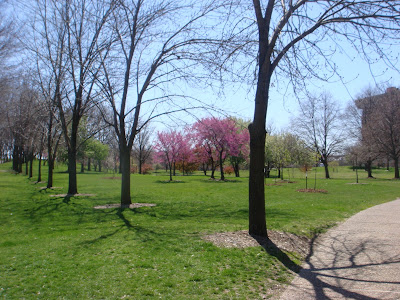 It was a wonderful day to have a protest in St. Louis anyway.
Too bad it was a bust.

It looks like the protest in Chicago was a bust, too.