The beaches of Normandy were secured on D-Day at the cost of 12,000 out of 156,000 troops, but even then Normandy itself was not entirely secured until two months later. D-Day paved the way for the Allied forces to establish a stronghold in France and later liberate Paris. 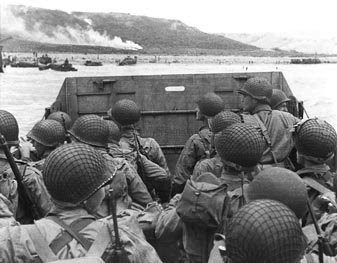 D-Day was the largest single-day amphibious invasion of all time, with over 130,000 troops landing on June 6,1944. 195,700 Allied naval and merchant navy personnel were involved.
The US suffered 6,603 fatalities on D-Day more than the 6 years the US has been in Iraq.

Barack Obama, concerned about offending Britain and Germany, rebuffed strenuous attempts by President Nicolas Sarkozy of France to persuade the new American president to make a trip to Normandy this week.

Please point out to Obama some of the locations he should not visit:

It seems that the only people in the world that Obama is not concerned about insulting ARE THE AMERICANS.