50 Days That Changed the World
…It’s hard to imagine we’re only 50 days into the Barack Obama Presidency.

** He’s lost at least 3 administration nominees due to tax fraud.
** He’s promoted a tax cheat to run the IRS and Treasury.
** He’s insulted America’s greatest ally, Great Britain.
** He’s reneged on missile agreements with allies Poland and the Czech Republic.
** His administration has already met with the murderous Assad Regime from Syria. 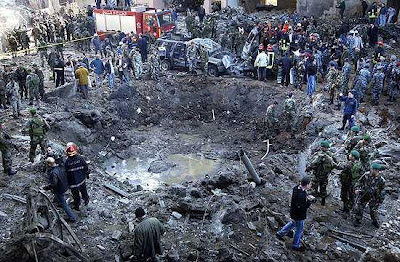 Rescue workers and soldiers stand around a huge crater after a bomb attack that tore through the motorcade of former Lebanese Prime Minister Rafik Hariri in Beirut, Lebanon. Investigators have linked the Assad regime to the attack. (SMH) 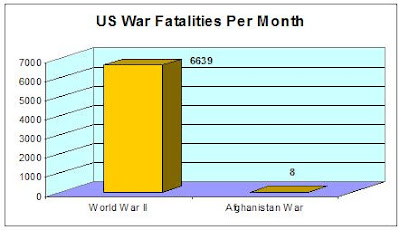 It’s a safe to say that Barack Obama could never have led America during WW II without surrendering. (Numbers from Iraq Casualties and GP)

** Obama’s VP told US soldiers and marines that US deaths will rise in Afghanistan.
** Obama has already discussed holding peace talks with the “moderate” Taliban members… The Taliban had to remind him there was not such a thing.

** The Obama stock market had its worst January in 113 years.
** The stock market had its worst February since 1933.
** The Dow dropped faster under Obama than any other new president in 90 years.
** Obama’s budget more than doubles the national debt held by the public, and adds more to the debt than all previous presidents — from George Washington to George W. Bush — combined.
** Obama managed to spend more than the wars in Iraq and Afghanistan combined.

** Obama will quadruple the deficit this year.
** Cap & trade was introduced that will cost America 4 million jobs and cost Americans at least $700 per family per year.