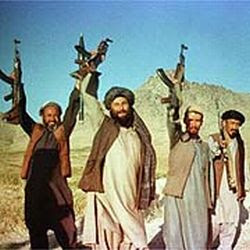 Team Obama’s Attorney General announced on Wednesday that some of the Gitmo detainees may be released inside the United States.
Reuters reported, via LGF:

Some of the Guantanamo Bay prisoners could be released into the United States while others could be put on trial in the American court system, Attorney General Eric Holder said on Wednesday.

Honestly, what could possibly go wrong?