This doesn’t sound good…
The Coast Guard rescued one missing boater today clinging to the overturned 21 foot fishing boat.
The two NFL players who were with him are still missing.

The Coast Guard says a man who went missing during a fishing trip has been found clinging to an overturned boat that belongs to Oakland Raiders linebacker Marquis Cooper. 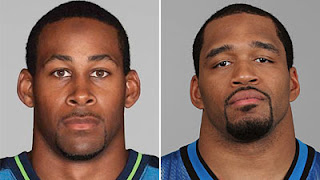