Two weeks after the Obama State Department broke precedent and congratulated the Venezuelan regime for the “democratic” elections that will keep Marxist Hugo Chavez in power for decades, he took control of the rice plants.

No wonder those commie homo-lovers are so infatuated with the Marxist ruler. 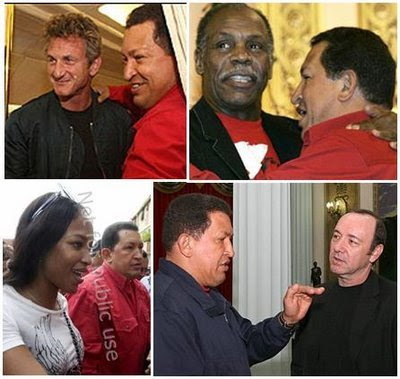 Venezuelan President Hugo Chavez has ordered the army to take control of all rice processing plants in the country.

Mr Chavez accused some firms of overcharging by refusing to produce rice at prices set by the government.

He warned that some companies could be nationalised if they tried to interfere with supplies of the grain.

Mr Chavez – who has nationalised large swathes of Venezuela’s economy – did not say how long the government intervention would last.

In 2007, the government said it had taken control of the massive Orinoco Belt oil projects as part of President Chavez’s nationalisation drive.